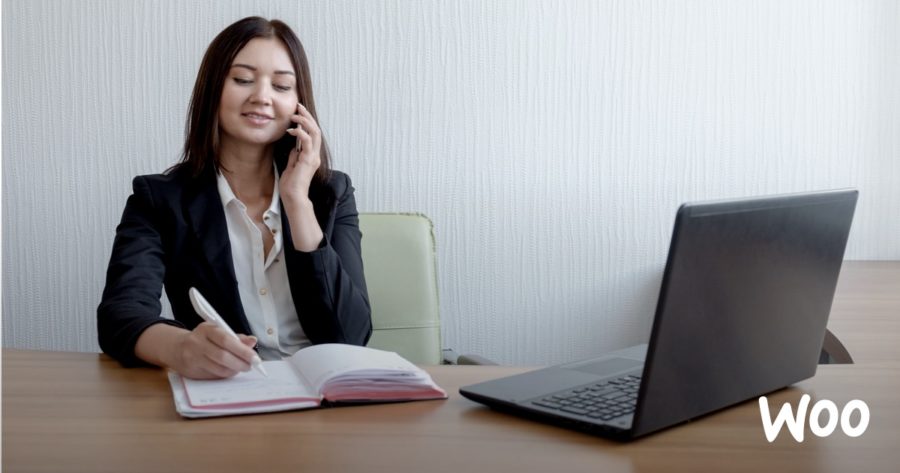 Winning more work is what every company wants. They want to stop wasting time on proposals that don’t put money in the bank.

Unfortunately, far too many freelancers and agencies enter talks with a prospect from the wrong angle. They default to saying yes, and only bother with anything getting close to a no when pressed hard.

Your prospects can see this. They hear yes from everyone about every idea, and they know you’re saying yes to win work. That’s not what awesome clients want. They want someone who will tell them the boundaries of their project inside the budget they have.

This post is going to look at the way you should be using no to show your expertise and win more work. Some prospects will drop out part way through the process, but they were unlikely to be awesome clients anyway, so you just saved yourself time writing a proposal that would have been declined.

When you use no to set boundaries with prospects about how to work with you, and what you can do for them, they’ll respect you for the professional you are.

This is part of a series of posts highlighting talks from WooConf. Watch the video or keep scrolling to read the points below.

You are a Maker and a Manager

I recommend reading Maker’s Schedule, Managers Schedule by Paul Graham, if you haven’t already. In this post from 2009, Graham talks about Makers (developers/designers/creatives) and their need for large swaths of time to create. Interruptions break that flow. There’s a great comic called This is Why You Shouldn’t Interrupt A Programmer that illustrates this well. The fact is, an interruption means it takes 45 minutes to get back to a task. And small blocks of time mean that makers don’t feel like they can dig into work they need to do.

Contrast that with managers who have their time broken up into hours. A meeting is an hour. They have an hour for email, then a meeting.

Most business owners, including myself, need to operate at least part of the week in Maker mode and part of it in Manager mode. I use ‘mullet productivity’ to facilitate this. I work 6:00-9:00 without interruption and 12:00 to 3:00 on stuff that can fit into hour-long slots.

When you start interactions with prospects, you need to start them with this in mind.

I begin by asking them a series of questions and, until they’ve answered those questions, I say no to getting on the phone with them.

I say no to getting on the phone with them.

If I take a project they don’t value, then I’ll be chasing them later to get answers to questions.

By not answering my questions, they’re also showing me that they don’t value it in terms of budget. My rates are high, which means only highly valuable projects can afford me.

If my questions are answered, I move onto the second no as it comes to my call schedule. I only take calls on Tuesday afternoons and Fridays. I don’t make exceptions because I need the rest of the week to focus on tasks that current clients need me to do.

I have existing agreements with clients, so I need large chunks of time to do good work. If I take calls randomly throughout the week, I’m always in context switching mode and giving partial effort to the people who are paying me. By keeping calls to one of two days, I know I have lots of time to do good work for clients I have.

If you’re not protecting your development or design or content strategy time, you’re harming the quality of work you’re doing for current clients.

When clients ask to jump the queue, I tell them they go on a list that has many other people on it and doesn’t exist anyway. If you’re not protecting your development or design or content strategy time, you’re harming the quality of work you’re doing for current clients. That means you’re harming your business.

Three No’s in the first call

My first two no’s protect my time; the next three are about making sure that a client has a project they value. The only goal of my initial client call is to dig in and determine whether they view the project as a priority and I’m the most valuable asset they have to meet that priority.

It starts by covering:

With the first item, there are always a number of things that can be done in any business. You need to know where this project ranks in importance on their To Do list because it’s going to impact resources they put aside.

If it’s their least valuable project, they’re not going to want to spend much money or devote much staff time. You’re going to do a bunch of legwork to get it done.

If it’s their most important project, use the opportunity to talk about how valuable the project is. You don’t do this to establish the maximum you can charge; you do this to ensure that what it will cost to do the work costs at least one-third the value they’ll receive. In fact, if you can price at one-tenth the value, you’re in a much better position.

Second, ask why they aren’t using their internal team. With one of my clients, they weren’t using the in-house team because their one WordPress person was junior and didn’t have a solid, tested deployment system for a large-scale site. Their other resources were working on core software they sell. They needed someone to come alongside them for six months and build out the development process and help them handle 4,000 users a day being added to the system.

That was the value I brought.

All three questions serve two purposes. First, the prospect is telling you why you’re the right choice for the project, and why this project is valuable. Second, they’re selling themselves on your value as well. That helps you win work.

Occasionally, you will discover that the project is low priority or they should be using their internal team, or a cheaper option is a better choice for them. None of these things are bad.

You’re likely the only person who had this conversation with them, the only one that didn’t fire off a price and then follow up. That makes you stand apart and more valuable in their eyes.

You’re likely the only person who had this conversation with them.

Once I’ve done this with prospective clients, the only person they talk to next time is me. There is no one else in the initial bidding for a project because I was the only one that was honest with them.

The final no that’s crucial in winning more work is saying no to building the proposal on your own.

You’re not Indiana Jones. You shouldn’t go into the wilderness and return with treasure. You’re Gandalf.

Gandalf does amazing things. He fights monstrous flaming demons and knows a lot about everything, but Gandalf works in a team.

Collaborate with prospective clients to build a proposal that’s awesome. Yes, I write the first draft of a good proposal in Google Docs, but then I share it, and we work through most of it together.

The only two items they don’t get a say in are the pricing and the timeline. Neither of these is a surprise though. They’ve heard pricing similar to what they’ll see on a proposal. They’ve heard timeframes that match what they get in a final proposal.

If the pricing or the timeline is a surprise to them, you failed to communicate and sent the proposal too early. It’s your fault. A proposal is simply a summary of everything you’ve already talked about with prospects. Take responsibility and have better conversations next time.

Saying no is not about making clients audition

The goal of saying no more often isn’t about being a prima donna. I’ve had clients come to me with stories like that. Stories where the client was treated with disdain once they could get on the phone with a development agency.

Trying to talk clients out of a project is about digging deeper into the value they expect. When you understand the purpose behind a project, you can make sure that you deliver the value they need, not just what you think they need. Your job as a consultant is to diagnose and solve real problems in their business, not just push code around the page based on a task list.

When you understand the purpose behind a project, you can make sure that you deliver the value they need, not just what you think they need.

Finally, by not venturing into the wilderness to build a proposal, you’re ensuring that the prospect is invested in the process from beginning to end.

Start setting boundaries to win more work. Enjoy more focused time to do the work, and your clients will treat you like the expert you are.