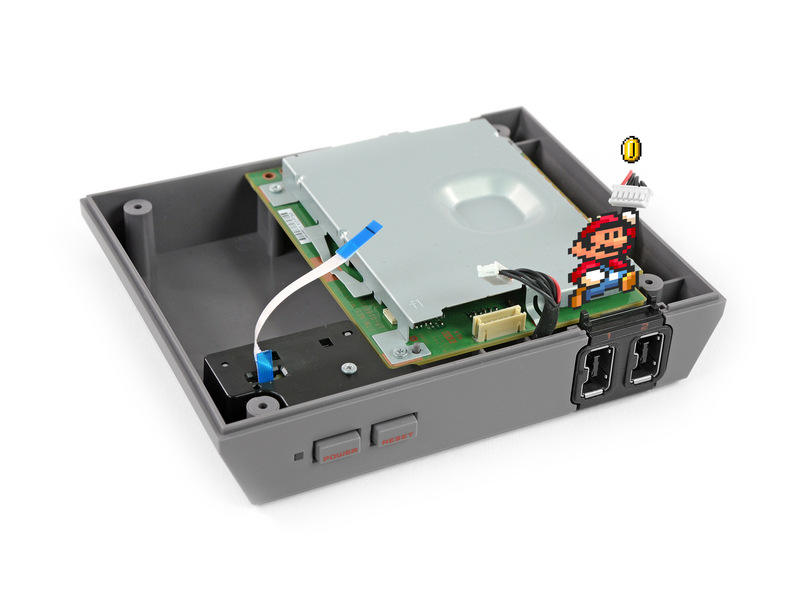 Relive Your Youth With These Vintage Game Console Teardowns

It’s fair to say that my older brothers and I were mischievous kids. We only ever stayed out of trouble for long when we were playing video games—which is probably why my mom didn’t mind dropping a little cash on consoles from time to time. Better your three crazy kids team up to fight monsters in a game than turn their tiny fists on each other in real life.

As per the-youngest-sibling tradition, I was always last to get my turn to play. And I didn’t time it, but I’m certain that my brothers’ turns were a lot longer than mine were. Sometimes, my “turn” wasn’t even real—like when they unplugged the controller and told me I was playing Tails in Sonic the Hedgehog. I found out later that Tails is computer-controlled. Still, some of my fondest memories involve being huddled around a console, battling beasts and bosses through the wee hours of the morning.

When I got older, my brothers eventually gave me more play-time. They schooled me in the proper multiplayer Super Mario etiquette: I learned how to share items, never to race too far ahead, and how to strategically tag-team an attack on the level-boss. When Madden came out, they humored my efforts to custom-make my entire team: I shrunk half the players and named them after Hobbits; then I made the rest extra-large and named them after other Fellowship members. Sometimes, Mom played with us too. (Don’t tell anyone, but the whole family ate takeout for a few weeks until she mastered the secret shortcut of Rainbow Road in Mario Kart.)

Throughout the years, I’ve racked up an embarrassing amount of hours playing on different consoles, but I’d never actually taken one apart … until now. Last week, we whipped out our screwdrivers and tore down both the NES Classic Edition and the Super NES Classic Edition—and it immediately sent me into an overdrive of nostalgia. Suddenly, a little part of my soul was right back in my parent’s living room, crossed-legged in front of the TV—wildly mashing the buttons on that iconic controller.

I did a little digging, and it turns out that iFixit and its community members have taken apart a ton of vintage gaming systems over the years. I’ve compiled the best of them into this post so you can re-experience your misspent youth, too. Check out these gaming systems teardowns from the glory days of gaming.

Honestly, I think it would be amazing to play the same games I played as a kid on the original console. So, if you’ve got an old, vintage console tucked away somewhere in a dusty closet, dig it out. Plug it in and give it a whirl. If it’s broke, fix it. iFixit has more than just teardowns, we’ve got a ton of repair guides for those game consoles, too. You should be able to find the parts for your console repair online—or you can salvage another broken unit for working parts.

It’ll probably require a little elbow grease, but I promise—it’ll be worth it to relive those old, childhood gaming memories … and to share them with someone new.