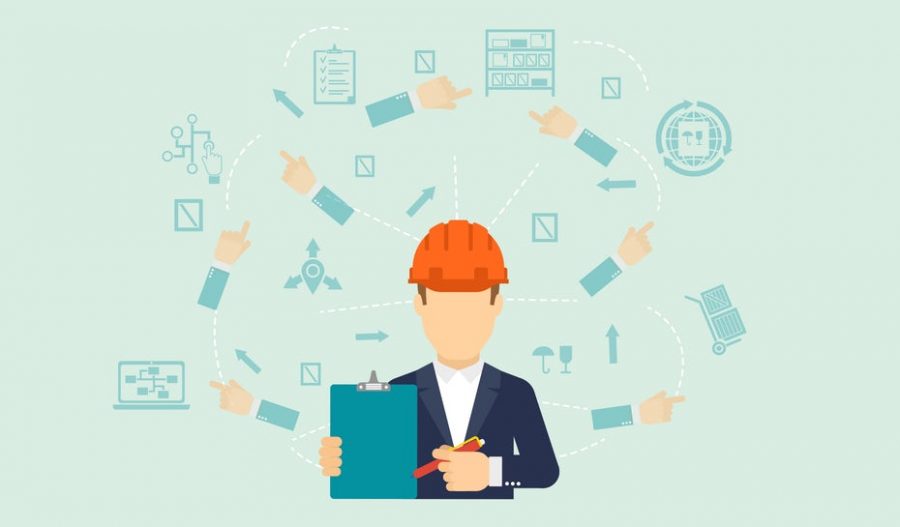 The term Standard Operating Procedure (SOP) has been known to create an instant workplace Pavlovian response that manifests in a big, wide yawn requiring a hurried apology. To avoid the psychological baggage, Dan Martell refers to it as a playbook instead. Regardless of terminology, setting up SOPs to improve your processes can have a huge positive effect on productivity—if you implement them properly.

In this article we’ll show you how to introduce SOPs into your workflow and actually get stuff done. If you find yourself managing from disaster to disaster, and a typical work day consists of putting out fires with one hand while fending off a pack of wild dingoes with the other, it might be time to take a new, unbiased look at SOPs. They just might save your sanity.

Here’s how to implement SOPs properly—and get stuff done
—

1. Come up with good SOPs

First things first, you need to come up with a good set of SOPs that help make processes clearer and easier for everyone.

Despite a knee-jerk reaction tendency to bring everyone into the SOP creation strategy sessions, resist the temptation. Research has shown that teams lose effectiveness as they increase in size. In fact, Amazon CEO Jeff Bezos has a two pizza rule. If a group can’t be fed on a couple of pizzas, it’s too big.

The point is that you should select a test group from among your better (however you choose to define that) employees. These people will be charged with creating and testing the SOPs before they are distributed to the company at large.

Only after each new process has been properly vetted should you make it part of the office culture. There’s nothing wrong with adjusting SOPs as needed, but it could be a problem if they are in a constant state of revision, which can be maddening to those trying to follow them. By the time employees learn one thing, it changes. Hold off a bit. Get the thing right, make it a policy, and then only change it if there is an overriding reason to do so.

2. Get people on board

Let’s assume your current SOP strategy is either non-existent or a quivering pile of confusion that contributes nothing positive to the office but everyone has grown accustomed to bad processes. It’s obvious a change is desperately needed, but people generally hate change.

The reality is that you can divide employees into three groups in regard to your newly-christened SOP crusade:

In order for your SOPs to work, people need to understand, accept and follow them. That means you need to assess how willing people are to stick to your new SOPs—and if not, figure out why.

It also means you’ll need to look at any potential new hire through the lens of whether or not they fit into the first category of 100% buy-in. Otherwise, don’t hire them out of desperation for warm bodies to do the work that’s piling up. This will save headaches in the long run.

Once you know everyone’s on board with your SOPs and nothing is holding them back, your processes will start running smoothly.

Volumes have been written about the dangers of micromanaging, not the least of which is you’re liable to end up with either a rebellion on your hands or a group of employees so hapless they can’t make a single decision on their own. As a boss man or lady, that’s not your goal. If it were as simple as waving a magic wand and telling you to, “Stop doing that!” then the problem would be solved. Curing the micromanaging habit is a little harder.

The good news is that, done the right way, a set of SOPs that have been properly created, tested, and installed could save Type A management types from an early stress-related health emergency. A good first step is to stop staring at the details of the process and focus on goals and results instead. If you have good people following a good plan, give them room to operate.

Trust in the SOPs you created and trust people to follow them. If you went through step 1 and 2 above, you know everyone’s on board and knows what to do, so let them get on with it.

4. Got a printed manual? Check the calendar.

When it’s time to verify the way something should be done around the office, do you pull out a printed manual the size of a Volkswagen and blow the dust off? According to that calendar on the wall, it’s 2018. We do things online these days. The reality is that an employee’s brain is dialed into digital at a molecular level. Since (hopefully) you’re going to be creating an entirely new set of streamlined SOPs anyway, it’s time to put them online where anyone can take a look at them at any old time they want. Plus, it’s easy to make adjustments when processes change (and they will).

Make sure that your digital manual is searchable and has a table of contents with links to the corresponding chapters, to make it easy for people to find what they’re looking for.

With 3.74 billion internet users in 2017 (see this infographic—statistic #1), we’ve passed the point where being online or not is optional. People think, live, and practically breathe in digital these days. Managers and entrepreneurs with employees should acknowledge this with their SOP documentation format.

5. Forget multitasking—one thing at a time is better

According to at least one study, multitasking is not good for your brain. Too many of us confuse activity with productivity. Just because you’re juggling ten tasks at once doesn’t mean they get done faster than if you were to deal with each, one at a time, from beginning to completion.

Your SOPs should encourage your employees (and yourself) to stick to one task at a time and follow it through. This will have a huge impact on productivity, guaranteed.

By the way, if you have ten things to get done on any single day, you’re might be setting your goals too high. According to serial entrepreneur Louis Spagnuolo, your daily list shouldn’t have more than five items, lest you risk a brain implosion. Spagnuolo’s personal philosophy is that it’s better to get four items 100% of the way done than five accomplished to only 80% completion.

Time to set up SOPs and start being more productive

If you reach the point where it feels like you’re no longer being productive, that all the flailing and wheel spinning isn’t getting any more accomplished, step back and think of this. The problem isn’t that you’re not trying hard enough but rather that your workflow needs an adjustment. Improved procedures will almost certainly lead to more desirable results, and that is what keeps a manager from losing his or her mind.

Gary Stevens is a front end developer. He’s a full time blockchain geek and a volunteer working for the Ethereum foundation as well as an active Github contributor.