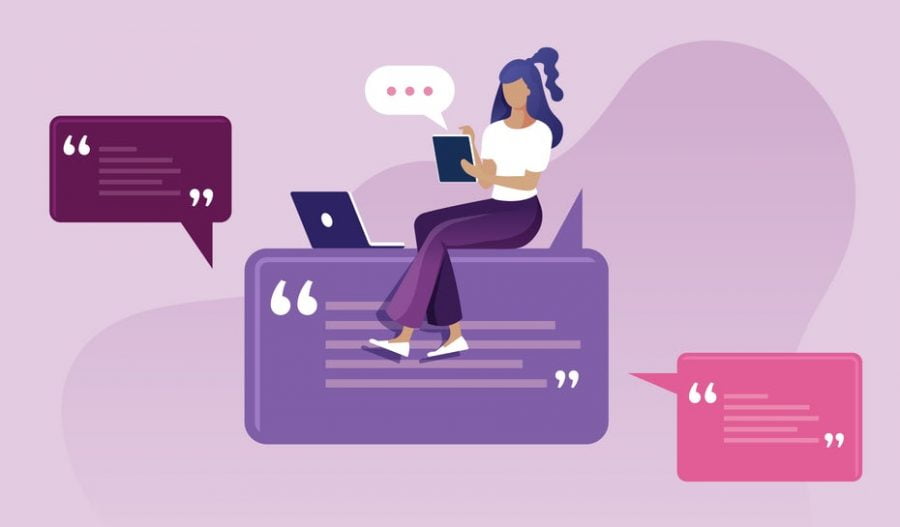 Wherever you are on your graphic design journey, we all need guidance from time to time as we navigate the murky waters of creativity. What better place to look than the quotes of famous designers? After all, these men and women didn’t become icons of their industry without solving a problem or two along the way.

Here, we’ve gathered 22 famous design quotes by the top graphic designers of our time. Each reflects the past trials, pitfalls, roadblocks and triumphs of designers who eventually came out on top. Heed their words, and you just might follow in their footsteps.


“There are three responses to a piece of design – yes, no, and WOW! Wow is the one to aim for.” – Milton Glaser


Milton Glaser is a longtime famed graphic designer and cofounder of New York magazine. His iconic designs include DC Comics’ logo, Obama’s 2009 campaign poster, and the I ❤ NY logo.


“Good design’s not about what medium you’re working in. It’s about thinking hard about what you want to do and what you have to work with before you start.” – Susan Kare


Susan Kare, one of the very first pixel artists, designed the first icons, typefaces, and interfaces of the Apple Macintosh.


Stefan Sagmeister is the cofounder of design agency Sagmeister & Walsh and is perhaps best known for his work in the music industry, including designs for the Rolling Stones, Lou Reed, David Byrne and more.


“If no one hates it, no one really loves it.” – Jessica Walsh


The other half of Sagmeister & Walsh (made partner at the tender age of 25), Jessica Walsh started her career interning at Pentagram under Paula Scher and has contributed work for Levi’s, Adobe, and Print magazine.


“I’ve never had a problem with a dumb client. There is no such thing as a bad client. Part of our job is to do good work and get the client to accept it.” – Bob Gill


Bob Gill is a longtime illustrator for magazines Glamour, Esquire, Fortune and the cofounder of F/F/G which later became design powerhouse Pentagram.


“It’s through mistakes that you actually can grow. You have to get bad in order to get good.” – Paula Scher


Paula Scher, a partner at Pentagram, is an identity designer known for her bold use of street typography, particularly for projects concerning The Public theater, the Museum of Modern Art, and the Windows 8 logo.


Michael Bierut is another partner at Pentagram and his clients have included Disney, the New York Jets and Hillary Clinton.


“The key to great ideas is not having them, it is executing them. And great ideas come from problems. As designers we call problems, briefs and we call reactions to problems, concepts.” – Kate Moross


Kate Moross is an illustrator known for their dynamic hand-lettering and vibrant colors. They have contributed designs for brands like Vogue and Cadburys.


“If you can properly define the problem, then you’ve already defined the solution as well.” – Chip Kidd


Chip Kidd is the associate art director at Knopf and a prolific book cover designer, having worked on everything from classic graphic novels to Jurassic Park.


Marian Bantjes has been associated with both Pentagram and Stagmiester, INC, and she is recognized by her baroque patterns and decorative style.


“The public is more familiar with bad design than good design. It is, in effect, conditioned to prefer bad design, because that is what it lives with. The new becomes threatening, the old reassuring.” – Paul Rand


Paul Rand was the designer behind a whole range of venerable brands, among them IBM, UPS, and ABC.


“Digital design is like painting, except the paint never dries.” – Neville Brody


Neville Brody has worked as art director for magazine and album covers, working with a range of artists that include Depeche Mode and the Bongos.


“What the visionaries had in common was a particular love of craft and a desire to play.” – Petrula Vrontikis


Petrula Vrontikis is a designer, educator and leading industry voice, serving on the board for American Institute of Graphic Arts and teaching design at the Art Center College of Design.

via AIGA
via AIGA


“I want to make beautiful things, even if nobody cares, as opposed to ugly things. That’s my intent.” – Saul Bass


Saul Bass was an iconic graphic designer known for his paper cut-out style and the title animation sequences in movies like Psycho and Vertigo.


“Graphic design will save the world right after rock and roll does.” – David Carson


“To be a good artist / letterer / designer / guitar player, it takes practice. A lot of it. More than you can even fathom when you’re starting out.” – Jessica Hische


Jessica Hische is a hand-letterer and logotype designer who has worked with Penguin Books, the California Sunday Magazine and contributed lettering to the films like Wes Anderson’s Moonrise Kingdom.


“Good design is all about making other designers feel like idiots because that idea wasn’t theirs.” – Frank Chimero


Frank Chimero is a brand designer and collage artist whose clients include Adobe, Facebook, and Nike.

via Frank
via Frank


“I like to step into areas where I am afraid. Fear is a sign that I am going in the right direction.” – April Greiman


April Greiman is known as one of the early adopters of computer technology in graphic design and her work speaks to the strangeness and limitless possibility these technologies embody.


“I strive for two things in design: simplicity and clarity. Great design is born of those two things.” – Lindon Leader


Lindon Leader is the creative mind behind classic logos for brands like Avery and FedEx.


“The life of a designer is a life of fight. Fight against the ugliness. Just like a doctor fights against disease. For us, the visual disease is what we have around, and what we try to do is cure it somehow with design.” – Massimo Vignelli


Massimo Vignelli was a modernist designer known for developing identities for brands like American Airlines and creating the signage and maps for the New York subway system.


Herb Lubalin was an iconic hand-letterer and type designer known for the font ITC Avant Garde and the curving, emphatic lettering that came to define 70s type.


“Information is only useful when it can be understood.” – Muriel Cooper


Muriel Cooper was a digital designer and art director of MIT Press. She was known for embracing electronic communication and for distilling complex digital data into digestible and stunning visuals.

via AIGA
via MIT Media Lab

Now that you’ve read some of the great quotes from famous graphic designers out there, you might realize one thing: no two are alike. Each designer faces unique challenges in their career, and each takes a unique approach to deal with them.

While there’s no telling what problems you might face, think of these quotes as friendly signposts expertly hand-painted by your fellow designers just looking to help on your way.

Need a great design for your brand?

Our designers can help you create just about anything.

This article was originally published in 2013. It’s been updated with new information and examples.