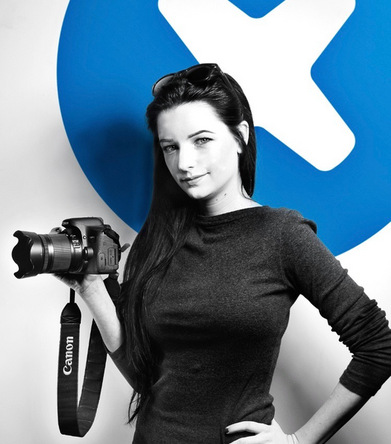 The “Ridiculous” Reasons to Support Right to Repair

If you’ve read Lance Ulanoff’s new Mashable article about Right to Repair, you know one thing for sure: Ulanoff thinks you’re too stupid to fix your own phone.

In his article, Ulanoff argues that ordinary people (and third-party shops) shouldn’t be allowed to attempt consumer electronics repair. He thinks it’s possibly dangerous, and definitely too difficult to be practical. So you should just let corporations like Apple have total control over the products they sold you. He scoffs at third-party repair and dismisses his co-worker Tracey’s damaged phone as dangerous garbage.

“Right-to-Repair? What a ridiculous thing to say,” Ulanoff scoffs.

I disagree. Ulanoff is wrong on this one. I know, because not too long ago I was “Tracey”.

I didn’t know a thing about phone or device repair when I joined iFixit two years ago. And I mean not a damn thing. I’d repaired other stuff, but not electronics. It might as well have been magic powering my iPhone for all I knew. Kyle Wiens, co-founder of iFixit, wasn’t that bothered by it. “You can learn,” he said.

That’s me! E-repair newbie, that I was.

Kyle was right. Along the way I read a lot of instructions, I asked some stupid questions, and I made a few mistakes. But gained an incredibly useful understanding of how the devices I used every day worked. I’m not an engineer and I don’t have a ton of technical knowledge. I still manage to repair my e-things. And all my appendages are still intact, despite Ulanoff’s concern that I “might slice open a finger” or blow myself up with a battery.

Learning more about my gadgets changed how I think about them. Forever. I know now how much goes into making them, I know how bad it is for the planet to keep tossing them away like so much trash, and I know that a dead battery doesn’t have to be the end of my phone. Or any other electronic that I own.

“You can hand people all the schematics, instructions, and parts you want and they still won’t be able to replace an iPhone battery or screen,” Ulanoff insists.

Sorry, Ulanoff. You said that people who try to fix their phones “will fail, miserably,” but I’ve witnessed literally millions of people prove you wrong over the past two years. I see it every single day at iFixit. I see it in posts, and stories, and comments all the time. “Wow, I tried repairing my phone for the first time and it was challenging but I’m so happy I did it.” Turns out, despite Ulanoff’s doubts, those people were absolutely smart enough to fix their electronics.

No repair would be complete without a baby bottle and our Pro Tech Toolkit. 😃 Props to @ilovestore_network for teaching his daughter how to repair!

Of course, like everything else in the world, repairing consumer electronics doesn’t go right every time. Some people try and it doesn’t work out. But that doesn’t mean they shouldn’t have the option. (Last week, I burned myself pretty badly making cookies—you don’t see me trying to ban ovens.) And even when a DIY repair doesn’t go as planned, there’s still an incredible value in the attempt.

I think that people should have a choice to fix their iPhone, or their Acer laptop, or their Kindle tablet, or their Samsung television, because Right to Repair would cover that stuff, too. That’s why Right to Repair exists—to give people the option to repair things, either by themselves or a repair shop they choose. Especially people who live in places far, far away from the Genius Bar (like this guy, who lives in a particularly rural bit of Alaska). Or people with a hardware problem that the manufacturer can’t fix, won’t fix (like all those “vintage and obsolete products” Apple doesn’t repair), or is charging way too much to fix.

My Samsung TV broke they wanted $600 to fix it but thanks to my Right to Repair it cost $3 in parts & I got to go to @FrysElectronics #Win pic.twitter.com/08cYQX031Q

And yes, fixing things yourself isn’t for everyone. There are technical challenges that some people won’t be able to tackle, but that shouldn’t preclude them from going to someone who does have the technical chops. There are thousands of small, independent repair shops across the US that specialize in everything from washing machines to drones. Right to Repair would help those small businesses, too. As with any service, if you’re concerned Jill’s Repair Shop won’t be as good as the manufacturer, then put the same effort into choosing a repair shop as you do a restaurant: check the reviews. The point is—it’s your device, so you get to choose. 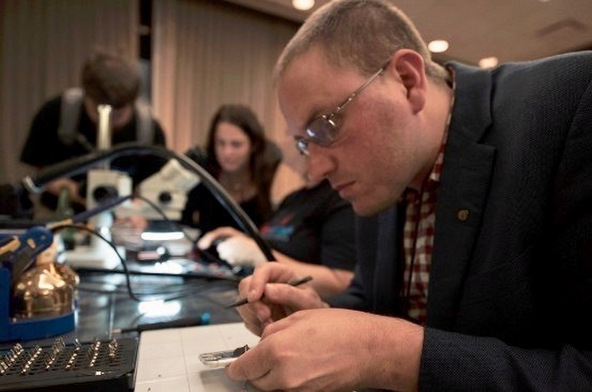 That’s iFixit co-founder Kyle, opening up his phone to fix it. Because, you know, it’s his phone. And he should be allowed to do that.

Mashable’s Ulanoff thinks that ordinary people aren’t capable of fixing things like phones. Two years ago, I might have agreed with him. Today, I don’t. Because someone handed me a tiny screwdriver and let me loose with it. Maybe Ulanoff doesn’t think that the effort is worth it, but I do. In fact, when it comes to iPhone repairs, I know exactly how much it was worth. When my iPhone 6 battery started wearing down, I spent $35 to swap the battery myself instead of running out and dropping hundreds on a whole new phone.

I support Right to Repair, not because I believe that every single person should fix their own phone. But because I know what can happen when people do. If you want to learn, I want to help you. And if we have to drag Right to Repair through every state legislature and copyright hearing to make sure that opportunity is always available to you, we will. Whether Ulanoff thinks it’s “ridiculous” or not.

PS, Mashable’s Damon Beres wrote a dueling article in support of Right to Repair. You can check that article out here.