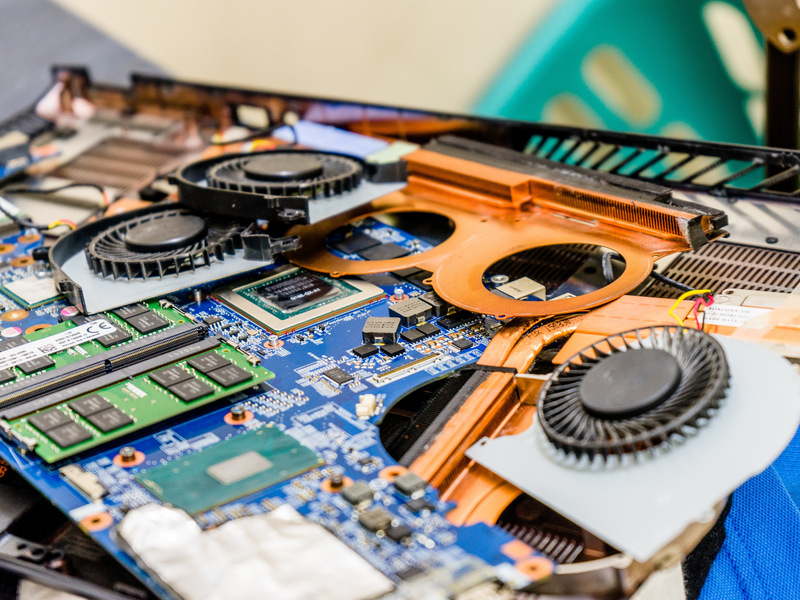 2017 could be a very good year for repair. More US states than ever are proposing Right to Repair legislation this year. So far, Massachusetts, Minnesota, New York, Nebraska, Kansas, and Wyoming have all introduced versions of the pro-repair bill in their legislatures—and more states could follow suit. If passed, the laws would make it easier for consumers and independently-owned repair shops to fix far more products.

We’re passionate about Right to Repair, because—for us—repair is a common sense solution to a lot of problems. Fixing stuff instead of tossing it out reduces waste, saves people money, and creates skilled local jobs that can’t be shipped overseas. So when manufacturers make it unnecessarily difficult to repair products, they’re shooting us in the foot … and in the economy.

But this isn’t just a problem of un-repairable product design. Even for easily fixable products, the vast majority of manufacturers don’t release service manuals or sell replacement parts. As you can imagine, it might be hard to fix your smart coffeemaker when you can’t find repair instructions or the replacement water pump it needs. At which point, your smart brewer becomes a dumb investment and a permanent resident in your local landfill.

Here’s our radical position: Manufacturers shouldn’t make it more difficult for people to fix their things. And we’re not the only ones who think so. As a report from the Ellen MacArthur Foundation, a leading economic and environmental think tank, put it: “It seems clear that addressing the two key issues—repair information and spare parts—could unleash a massive additional potential for product lifetime extension” through repair.

Most manufacturers, though, aren’t interested in helping people fix things. That’s where Right to Repair comes in. The legislation—referred to in some states as the Fair Repair Act—would require manufacturers to provide that state’s residents with access to repair manuals and diagnostic information. It would also require them to sell spare parts to consumers and independent repair shops at a reasonable price.

That last bit is especially important, because when something breaks, you (the owner) should get to choose what happens next: fix it yourself, take it back to the company that made it, or go to a repair shop you trust—even if that shop isn’t run by the manufacturer.

Before you scoff, remember: this system already exists for your car. You can fix those in your driveway, at the corner mechanic, or with the dealer—options you have because consumers and trade groups fought for them. Over the years, they’ve made sure that automakers can’t squeeze out mom-and-pop shops by hoarding parts, tools, and information in a proprietary lockbox. In fact, in 2012, Massachusetts voters took to the polls to mandate that carmakers in their state release the same dealer diagnostic and repair information to everyone else. The law passed with 86% of the vote. The Auto Right to Repair Act was so popular, that carmakers reasonably agreed to turn it into a national policy.

One state. All it took was one law, passed in one state—and millions of car owners across the US will forever benefit from that initial decision to cast a ballot in favor of repair. If a Right to Repair bill passes this year, millions more people more will be able to fix lots of other things, too.

The Massachusetts, Minnesota, New York, and Nebraska bills are easily the most expansive of the six Right to Repair measures under consideration. Those bills apply to manufacturers of all digital equipment—like cameras, computers, appliances, and even farm equipment. The Wyoming and Kansas bills are narrower in scope, applying exclusively to agricultural equipment like tractors. The farm-focused bills are a good start (we’ve been adamant that farmers should be able to repair their tractors, even without John Deere’s blessing), but we’re still crossing our fingers the bills will be expanded to cover more products.

Of course, there’s a lot of work to be done before any of these bills get voted on. This is the third year that Right to Repair legislation has been considered by states. Every time, paid lobbyists from companies like Apple sweep in and make sure that the bills never see the light of day.

If we want a Right to Repair law, we’re gonna have to be louder than the lobbyists.

We’ve always said, “If you can’t fix it, you don’t own it.” It’s time to take back our stuff. Stand up for your Right to Repair, so we can all keep on fixing the world—one broken device at a time.