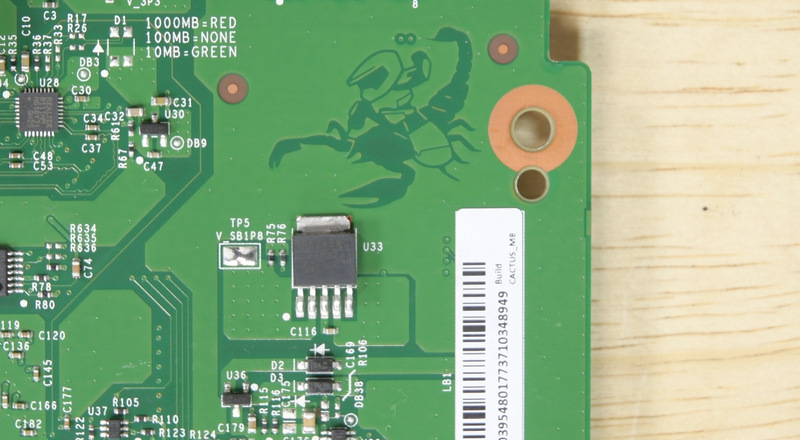 Feast Your Eyes on the Xbox One X Teardown

Microsoft is calling their new Xbox One X “the world’s most powerful console,” promising smoother gameplay, bigger worlds, and more details than ever before. And with an understated all-black case, the One X sets a strikingly different tone from the Xbox One S we tore down back in August of 2016. But, as you know, for us—it’s what’s inside the box that counts. So we performed a video teardown of the Xbox One X.

They may be different on the outside, but the Xbox One X clearly shows a family resemblance to the One S when it comes to construction. Like the S, the One X is extremely easy to disassemble. In fact, it only uses two types of screws throughout, has labeled, modular components, and (once you get past a few clips) the external case slides right off. Easy-peasy.

Once inside, we spied the One X’s 1TB Seagate Drive, the upgraded 245-watt power supply, the Scorpio Engine SoC, and the Vapor Chamber Heat Sink—among other things. We also spotted a familiar helmet: Master Chief! It appears Microsoft continued the tradition of including  Master Chief inside the console as a little Easter Egg for hardware explorers like us. In the Xbox One S, we found him striding across an optical disc drive bracket. Here, Master Chief is galloping across the circuit board astride a scorpion.

We forgot to include Master Chief in the video teardown, so here’s a quick shot of him.

The Verge explains: “The image is [a] nice homage both to the character that helped propel the Xbox to success and to the One X’s code name, Project Scorpio. It’s also a nice play on words, since the tanks that Master Chief occasionally rides in Halo are known as Scorpions.”

But don’t take Master Chief’s presence inside the One X as an invitation to disassemble your new console. We had to pull a tamper-resistant sticker off one of the screws on the rear case. If you venture inside your console, Microsoft might use that as a reason to void your warranty. More sad news: XBox One X hard drive replacements still require some tricky formatting. Otherwise, the Xbox One X remains mostly modular and accessible—so it earns an 8/10 on our repairability scale.