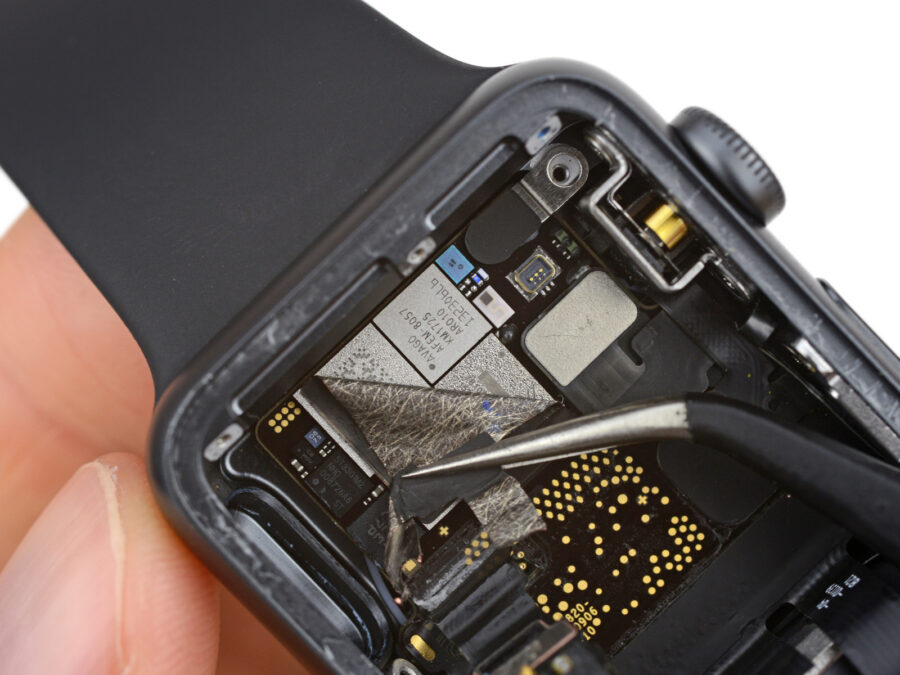 Despite Lawsuits, Apple Can’t Break Up With Qualcomm

It’s no secret that Qualcomm dominates the communication chip market. But, recently, their business practices have put them at major odds with both the Federal Trade Commission (FTC) and with Apple—the latter of which is suing Qualcomm for a lot of money in no fewer than three countries. Still, despite the bad blood, Apple’s latest batch of watches shows the Cupertino company just can’t break up with Qualcomm.

But first, the backstory: Earlier this year, the FTC filed a complaint accusing Qualcomm of monopolistic behavior in the cellular communication market. As board game aficionados will tell you, mo’ Monopoly™ equals mo’ money. To that end, Qualcomm upped the royalty fees for use of its wireless chips and technology. As you might have guessed, Apple uses Qualcomm technology in their mobile devices. So, Apple sued Qualcomm claiming that they were using their market dominance to gouge on royalties. Over the past year, the two companies have continued to exchange barbs: Apple claimed that Qualcomm was benefiting off of Apple’s hard work; Qualcomm argued the iPhone would barely be a phone without its technology. In a playground-style back and forth, Apple and Qualcomm have counter-sued each other multiple times for various patent-related disagreements. (Now now, play nice children…)

Fast-forward to the present: Apple just released the Apple Watch Series 3. And the new Apple Watch isn’t just a watch—it’s a phone, too. Which got us wondering: If Qualcomm and Apple can’t play nice, where is Apple sourcing their wireless black magic? Just this week, we tore down the Apple Watch Series 3. Inside, we found a chip that was hard to identify. But surely it couldn’t be Qualcomm. Maybe Intel stepped in for this job?

We decided to phone our friend, TechInsights, to find out who helped Apple connect the watch. Drum roll please. Turns out, the company responsible for the LTE modem in the Apple Watch Series 3 is none other than…. Qualcomm!?

Looks like Apple’s attempts at matching Qualcomm’s connectivity prowess haven’t quite panned out. As rocky as things are right now, Apple can’t quit Qualcomm. Though the rift between the two companies grows, they still rely on each other.

What does this mean? If you ask us, the continuing relationship means a couple of key things: First, Apple doesn’t have access to Qualcomm’s technology outside of Qualcomm itself. In order to stay connected on the cutting edge, Apple needs Qualcomm. There might be wireless alternatives, but they don’t match the speeds of Qualcomm’s chips. Second, Qualcomm needs the Apple paycheck. Apple is a big account, and as the saying goes, money doesn’t stink.

So even as tensions mount, it appears these two companies will continue to play nice as long as the money is right.