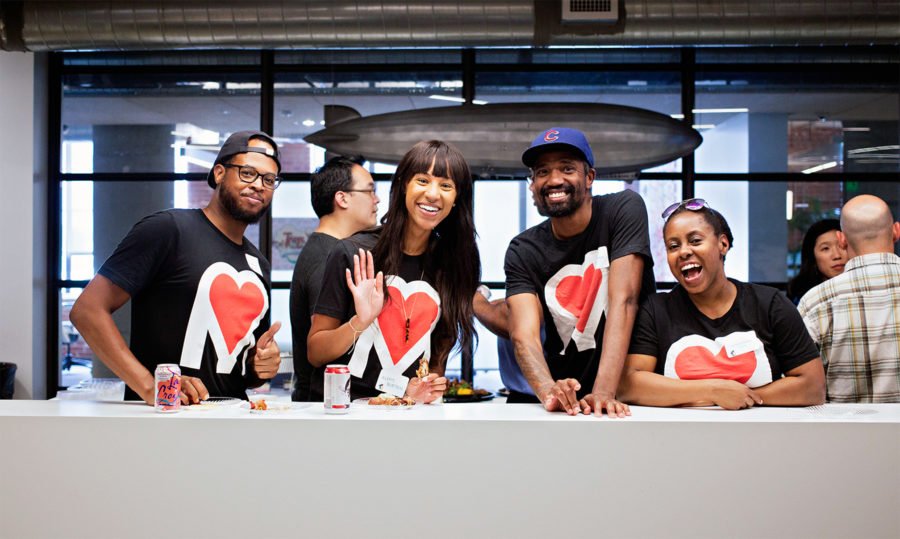 Diversity is at the heart of MailChimp’s business. Our customers are all over the globe and represent a multitude of cultures and experiences. And we empower them by providing tools that support their unique marketing needs. In September 2016, we started our diversity employee resource group, The Mothership, in the hopes of facilitating some tough conversations and fueling some community involvement.

Just more than a year later, we’re excited to report on our progress. The Mothership has focused on creating safe spaces for employees to share experiences about issues that affect them. Mothership events have allowed employees to engage in meaningful dialogue and help us understand that if something affects some of us, it affects all of us.

Despite receiving a great deal of positive feedback, we felt there was much more we could accomplish. The Mothership is one of MailChimp’s first employee resource groups, and we were unsure if we were operating efficiently and making the biggest impact we could in the office.

And so we began to research and connect with others who serve in the space of diversity and inclusion to give us a better idea of what types of efforts could be beneficial. We consulted with several diversity and inclusion professionals, attended diversity-in-tech panel discussions and conferences, and met with employee resource groups at various companies who all share a similar mission.

We were pleased to learn that, though we were newly formed, The Mothership was on the right path and often doing the same work as more seasoned employee resource groups.

We also concluded that more people needed to be involved in a leadership capacity within The Mothership, and the group as a whole needed a formal structure.

Our focus now streamlined, we expanded our mission a bit. Now, we also empower each other through social awareness and inclusivity by uniting the MailChimp community and building external partnerships. Much time and energy was spent developing our structure and determining the best roles that would activate and mobilize leaders within The Mothership. Out of this process, strategic goals were set for the year, and committee chairperson positions were created to help execute goals.

We’re still a work in progress, but we’re confident that The Mothership will continue to grow and be a valuable resource for our company and employees. We look forward to the great things that will emerge from this ongoing evolution.