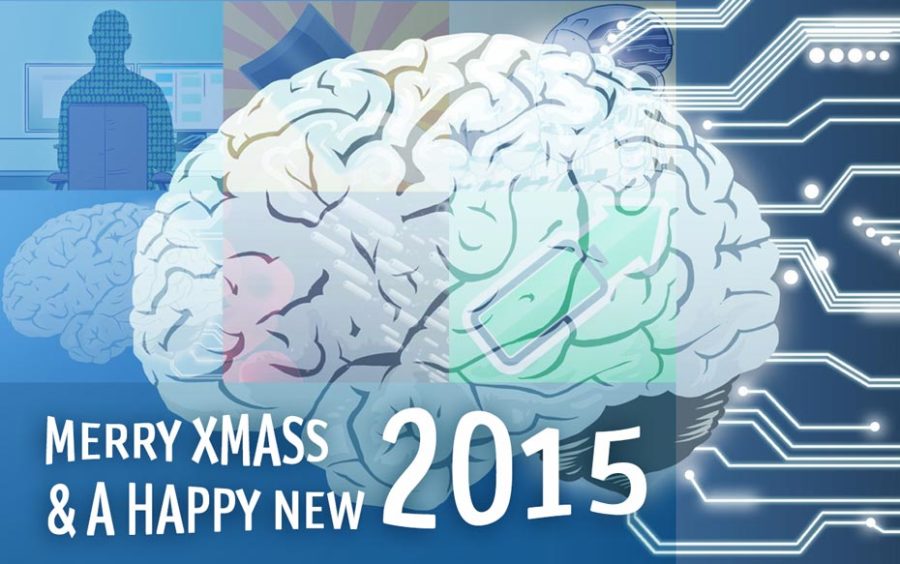 This isn’t a prophecy note. We wish you All a Merry Christmas, Happy Holidays, exceptional technology boosts and support in the coming 2015!

If we look back at the 2014 we can find it was an overall extraordinary, noble and an exceptionally reliable year. 2014 was a year of the Horse (according to Lunar calendar). In 2014 we all have achieved substantial progress on many areas and pushed through newly discovered boundaries at many stages of success. There were some stampedes in 2014 as well followed by calmer periods, some short moments of extraordinary long jumps and other phases of deep inspiration. Wish you all the best memories from 2014.

Main discourse: Now if we look further on and jump over to the forthcoming reigns of 2015, the coming year of the Capricorns – the only way to truly understand what’s happening and why, is to keep watching. A practice in Observance and Mindfulness will have to be main characteristics of the coming Capricorn’s reign.

It will be a remarkable year 2015 and more to what is coming and what has had happened already. With Observance and Mindfulness it will be taking its distinctly intuitive course . Some more info can be found @ FIDO Alliance Homepage as well …

The Curvy 6 technology trends for 2015

As Lance Ulanoff wrote @ Mashable article – ‘Technology and innovation can be frustrating to watch in action. That’s because there usually isn’t much action — just incremental change with occasional flashes of brilliance.’

Welcome to the Glass Age, Presented by Corning.

Journey into a world made of glass. Where information moves at the speed of light. Stability coexists with versatility. Everyday surfaces provide extraordinary benefits. Industries discover powerful solutions to impossible problems.This is the Glass Age, where materials science is constantly pushing boundaries and creating new possibilities for glass-enabled technology and design. See how glass is shaping the future at www.TheGlassAge.com. Presented by Corning.

The Big is the Next Big Thing

Becoming a truly digital business is key to how we innovate and differentiate ourselves from our competitors and how to excel our business in a specific market branch. If the last decade has been the playground of the digital start-ups, the coming decade will see the emergence of the traditional companies as the digital giants. For years, these global giants have been experimenting with social media, mobile, and cloud computing. Now they’re beginning to achieve mastery of those digital domains. Backed by deep resources, enormous scale and process discipline, these new ‘digerati’ are positioning themselves to rewrite much of the digital playbook.

Evolution: Every Business is a Digital Business – Big Data gets to work. Currently we’re generating and gathering data at an insane pace. In 2010 Google Executive Chairman Eric Schmidt said The world generates 5 exabytes of data every two days. It’s likely double that number by now.

We’re not just generating data; we’re capturing it at an unprecedented rate, first through web sites and now more frequently through mobile apps and sensors we’ll wear with increasing regularity in 2015.

As from EU: EU gave Google a lesson and it’s got nothing to do with search Read more on EU Data Retention >

The Beginning of Intelligible Rebraining Age

All that data business of ours is leading to a ‘revolution’ in Artificial Intelligence. If revolution is possible at all? As to one of the best selling books of our Eon: At the beginning there existed a Word. Nothing else preceded it. And everything else was named after.

This year we saw a computer program named Eugene Groostman “beat” the Turing test. That means we now have programming capable of fooling people into thinking they’re talking to another person. The future is not about fooling anyone, though — it’s about building human-like thought in silicon.

Software and hardware that can learn and think as we do is on the horizon. In 2015, pay close attention to the Work of Google’s Demis Hassabis. He’s trying to “solve intelligence,” and his company, DeepMind, is working on recreating — or at least mimicking — how human neurons work in silicon and code.

DeepMind Mission Statemet: DeepMind mission is to Solve Intelligence by combining the best techniques from machine learning and systems neuroscience to build powerful general-purpose learning algorithms. Learning Algorithms (LA) are expressed as the driving protocols behind the procedures described in the DM mission statement and as such will be one of the driving factors in the coming 2015.

Can’t we have a functioning democracy?

8 Questions to ask about the VPS services provided. By now most Internet users are well aware of the fact that pretty much every step they take on the Internet is logged or monitored.

To prevent their IP-addresses from being visible to the rest of the Internet, millions of people have signed up to a VPN service. Using a VPN allows users to use the Internet anonymously and prevent snooping.

Unfortunately, not all VPN services are as anonymous as they claim.

Do you keep ANY logs which would allow you to match an IP-address and a time stamp to a user of your service? If so, exactly what information do you hold and for how long?
Under what jurisdictions does your company operate and under what exact circumstances will you share the information you hold with a 3rd party?
What tools are used to monitor and mitigate abuse of your service?
In the event you receive a DMCA takedown notice or European equivalent, how are these handled?
What steps are taken when a valid court order requires your company to identify an active user of your service?
Is BitTorrent and other file-sharing traffic allowed on all servers? If not, why?
Which payment systems do you use and how are these linked to individual user accounts?
What is the most secure VPN connection and encryption algorithm you would recommend to your users?