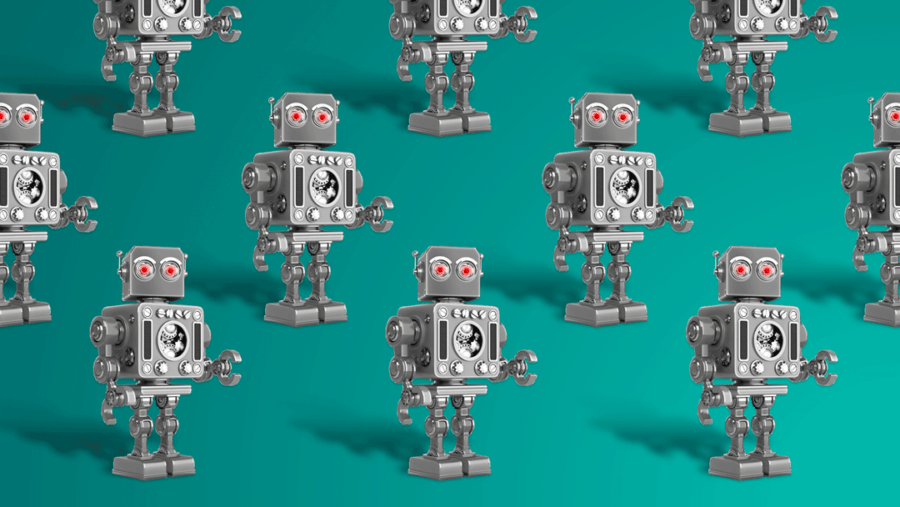 Most website visitors aren’t human. They’re bots. Today, bots make up 52% of all web traffic. And these automated accounts have had serious, real world impact — from the 2016 election, to the FCC’s recent, controversial net neutrality vote.

In this week’s episode of IRL podcast, we explore the rise of political bot networks and how they’re warping and rewiring conversation online.

Of course, not all bots are bad. Automated accounts can remind us to take better care of ourselves.

🍜: please dont forget to take a bit of time to eat something nutritious

They can make us laugh.

And they can force us to ask hard questions about the culture we’re creating.

But when bots are used as a tool to amplify political messaging, it gets weird and dangerous. More so, because most of us assume that we’d be able to tell the difference between a bot and a human on social media. Sometimes, it’s not so obvious. : /

Ben Nimmo, Senior Fellow at the Atlantic Council’s Digital Forensic Research Lab, stopped by our podcast to share his guide to Twitter botspotting.

2. Bots love anonymity.
Once you’re on the profile page, look at the account details. Is the handle a real human name, or does it just have a scramble of letters and numbers? Is the profile picture an image of a person, or is it a generic landscape? Is it an egg? In general, the less personal information the profile gives, the more likely the account is a bot.

3. Bots live to amplify.
One of the main roles of bots is to boost up the message of other bots. A typical bot will retweet and quote links, instead of creating original posts. Scan your suspected bot’s account. If it’s an endless stream of retweets, it’s behaving like a bot.

No single factor can reliably identify a bot. According to Nimmo, it’s the combination of these three indicators that’s most revealing. The most important thing is awareness. If you can identify a bot, you’re less likely to be influenced by it (or awkwardly retweet it). For more on how to spot bots out in the wild, check out DFR Lab’s handbook, here.