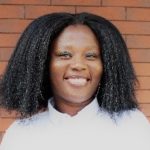 In January 2019, we launched our journalism grant partnership with the International Center for Journalists (ICFJ). Our first recipients are already midway through their data journalism training and now I’m thrilled to introduce the recipients of the second phase of our program.

Kelechukwu Iruoma and Ruth Olorounbi comprise a team investigating the toxic effects of oil spillage in Ogoniland, Nigeria, which has led to poisoned farmlands and compromised reproductive health. An estimated 13 million barrels of oil have been spilled since 1958: This makes an annual average 240,000 barrels of crude in the Niger delta, destroying the local livelihood and the very population’s survival. An award-winning investigative freelance journalist, Iruoma covers environment, education, agriculture and health in Nigeria. He is a reporting fellow of ICFJ and International Centre for Investigative Reporting (ICIR), and has been trained by the organizations as Premium Times Center for Investigative Journalism (PTCIJ), Wole Soyinka Center for Investigative Journalism (WSCIJ) and Global Rights Nigeria. 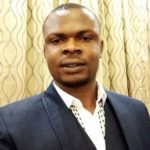 His reporting partner Olurounbi is the business editor at Per Second News, a U.S.-based organization. The Wole Soyinka Female Leadership and ICIR fellow has covered development and human right issues, business, and agriculture for more than 10 years. When she’s not writing, the award-winning journalist mentors young girls in her local community.

The second project is one man’s cultural retrospective on a country’s re-emergence to a superpower and tourist destination. Philip Cunningham’s story will take him across the globe, about 7,000 miles from his New York base to Beijing. A seasoned broadcast reporter, producer and documentary filmmaker who started as a Chinese history researcher and tour guide in China, he has worked with outlets like PBS, ABC, NBC, BBC, NHK and CCTV and has witnessed key events like the 1989 Tiananmen uprising, the 1999 anti-U.S. demonstrations, and the 2008 Olympics. His goal is to create an immersive travel odyssey of Beijing across time and space that’s at once personal and political, cultural and historical. In addition to plumbing his photo and video archive, a past Nieman Fellow and Fulbright scholar, Cunningham plans to revisit key locations — some of which have changed beyond recognition. Since his first visit in 1983, not only has China changed radically, but so has journalism and the toolkits for a documentarian. A student’s retelling of one of his own stories inspired Cunningham to explore how the latest technologies might enrich the age-old art of storytelling. 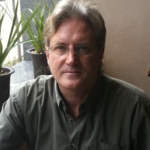 Supporting these three journalists has been part of our larger effort to help newsrooms and journalists deliver impactful stories and empower them through technology to find, create, and share information in unprecedented ways. We operate on the industry and individual level: be it hosting workshops at NICAR in southern California and the upcoming GEN Summit in Athens, working directly with newsrooms like the AP or Recode or assisting individuals like our ICFJ grant recipients, our goal is help journalism in what is our shared values: the pursuit of truth so that people and communities can make the best decisions in their daily lives to guide their future sustainability.

We look forward to sharing stories on what the ICFJ grantees are learning and how they are affecting change in these communities. Please visit ICFJ to see and support all the tremendous projects it is undertaking–and while you’re at it, wish the center a happy 35th anniversary.