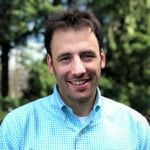 Last October, I announced the 16th annual Imagine Cup competition, which gives college and university students the opportunity to test their intellectual, creative and teamwork skills while using technology to change the world. Forty-nine teams who have won their National Finals are now well underway in getting their solutions ready to compete at the World Finals, which will be held July 23-25 at Microsoft headquarters in Redmond, Washington. Last year, dozens of teams from nearly 40 countries were present at the World Finals, and this year is setting up to be just as exciting and diverse!

I love overseeing the Imagine Cup because it lets me interact with inspiring talent shaping the future and get to know incredible people along the way. Microsoft cares deeply about fostering careers in STEM, and I can’t think of a better way to give students the opportunity to take an idea from concept to completion, while also helping them acquire marketable skills they’ll be able to use throughout their careers. The work that comes out of Imagine Cup is innovative and life-changing — and often turns into full-fledged products!

Corey’s no stranger to innovation — he holds four patents and was the creator of the Infrastructure-as-a-service offering for Azure.

And, last year’s emcee, Kate Yeager, is making a return appearance to call the action.

Judging the Imagine Cup is a big task, but this year’s judges are up for the challenge — all bringing a unique aspect of thought leadership to the table. The panel includes:

_ CEO of Glitch, Anil Dash, who oversees the popular creative community for coders, and whose work as an entrepreneur, activist and writer reckons with the way technology transforms society, media and culture.

At the Imagine Cup Finals, Microsoft CEO Satya Nadella will be in conversation with special guest Chloe Kim, the youngest woman to win an Olympic snowboarding medal when she won the gold in the women’s snowboard halfpipe at age 17! Chloe is an outstanding example of a young person at the top of her game, much like the Imagine Cup participants are at the top of theirs. 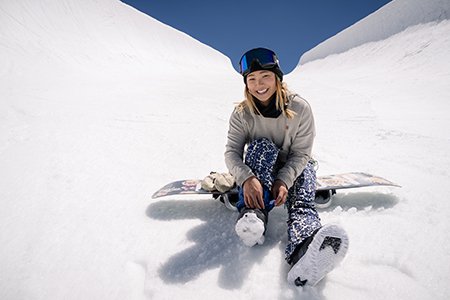 This year’s prize value of cash, travel and Azure credits totals more than $700,000, in addition to a mentoring session with Satya. Artificial intelligence, big data and mixed reality have special award prizes as well.

Want to see which team has the winning solution? You can watch the championship via live stream at ImagineCup.com at 9 a.m. PT, Wednesday, July 25.

I’m so excited to see what these remarkable students create this year. They are only bound by imagination, and as we’ve seen year after year, when given the opportunity to follow their imaginations, people can change the world.

P.S. Follow me on Twitter for updates on Imagine Cup and other news and noteworthy information in the cloud and ecosystem space.

We're happy to announce the roll-out of our first Secure WordPress Hosting Bundle Plans on connect.2u2.com.au…

What is jQuery? jQuery is a fast, small, and feature-rich JavaScript library. It makes things…