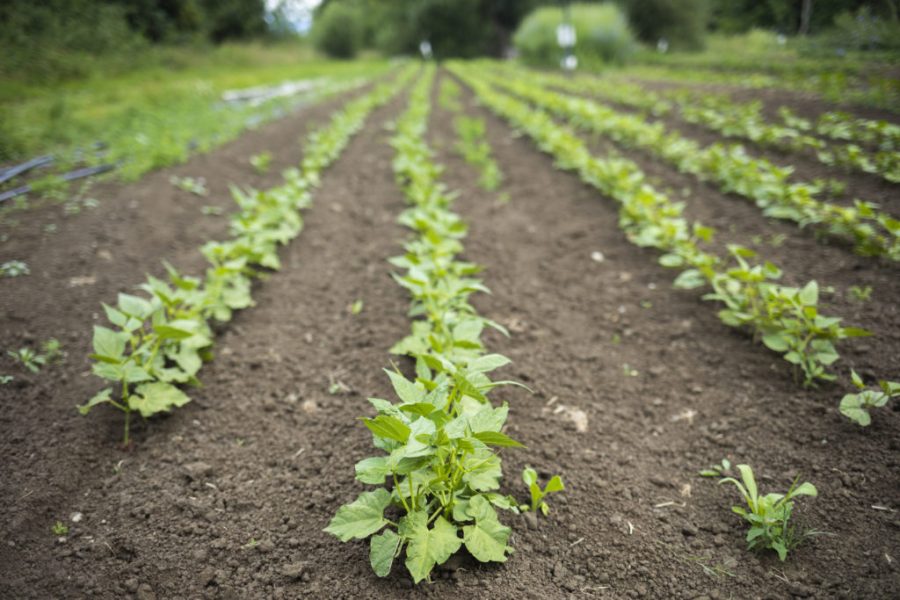 What did you have for breakfast today? Depending on where you are reading this, you may have started your morning with coffee and pastries; a smoothie and sourdough toast; perhaps a bowl of congee. Or maybe you skipped it altogether because you were in a hurry. Whatever you chose to do, you probably did not give it much thought.

Yet in a world with a finite amount of arable land, and a population that is expected to grow from 7.7 billion to nearly 10 billion by 2050, producing enough food to eat is a challenge today and a potential crisis in the future. As the population expands and diets change, farmers will need to increase food production by about 70 percent. The question is: how? Finding the right answers is one of humanity’s most pressing issues. AI can be part of the solution.

Already, AI is beginning to transform agriculture in important ways. Many farmers who manage large-scale operations are taking advantage of innovative technologies like self-driving tractors that use GPS, satellite imagery, and AI to plant more efficiently; and sensors and machine learning to make smarter decisions about when to irrigate and how much fertilizer to apply.

But what about the majority of farmers who have less than one hectare of arable land (or a little less than 2.5 acres), and who produce 70 percent of the world’s food supply? Many of them live in low-resource communities with limited access to even basic digital technology. Can AI improve their ability to grow food to feed a hungry world? Yes, it can.

The AI sowing app – How to improve a groundnut harvest

A pilot project in Andhra Pradesh on the southeast coast of India offers a hint of what is becoming possible. In an area of small, subsistence farms where growers have always relied on a combination of ancient traditions and guesswork to decide when to plant, Microsoft is working with the nonprofit International Crop Research Institute for Semi-Arid Tropics (ICRISAT) to enable farmers to take advantage of the power of AI to increase yields. Last year, ICRISAT received a Microsoft AI for Earth grant to support continued development of AI solutions that focus on sustainable agriculture in developing parts of the world.

The AI Sowing App we’ve developed together draws on more than 30 years of climate data, combined with real-time weather information, and then uses sophisticated forecasting models powered by Azure AI to determine the optimal time to plant, the ideal sowing depth, how much farm manure to apply, and more. That information is then shared with farmers through text messages that they receive on a basic feature phone.

In the pilot’s first year, 175 groundnut farmers participated. Most farmers in the region planted in early June, as dictated by custom and tradition. Farmers who used the AI Sowing App delayed planting by three weeks. For those who waited, the results were dramatic—on average they harvested 30 percent more per hectare than farmers who planted at the beginning of June. In the second year, the program was expanded to more than 3,000 farmers and covered a much wider range of crops, including maize, rice, and cotton. Average increases ranged from 10 percent to 30 percent, depending on the crop and the location.

Microsoft is involved in another project that has important implications for the future success of small farms. Called Project FarmBeats, the initiative was launched at Dancing Crow Farm, not far from Microsoft’s headquarters. There, on a few acres of rich agricultural land, Dancing Crow’s owner Sean Stratman is exploring a new approach to agriculture that uses sensors to measure soil moisture and temperature along with drones to gather aerial imagery, and then feeding all that data into cloud-based AI models that provide a precise, up-to-the-minute picture of the conditions on his farm, down to the square meter.

With this level of precise knowledge, Stratman is able to make pinpoint decisions about when to plant, when to water, how much fertilizer to apply, when to harvest, and more for each small section of his farm. It’s an approach that is saving labor, reducing costs, and improving output. And it is pointing the way toward a future where farms of all sizes can produce more food, operate sustainably, and generate greater profits.

According to the UN, increasing production is only part of the answer to the problem we face in feeding the world’s growing population. Almost as important is to reduce the amount of food that is wasted every year. The Food and Agricultural Organization estimates that one-third of all food produced for human consumption—1.3 billion tons—is wasted annually. Here, I believe AI can play a huge role. One way it will have an impact is by ensuring that highly-perishable foods such as milk make it from the farm to the processing plant quickly and safely.

This is an important focus of a pioneering AI-based operations management system that is improving efficiency, ensuring safety, and lowering costs for a brand-new milk processing and manufacturing facility operated by ACM in Girgarre, a small town in Australia. Designed to handle 200 million liters of milk, the facility uses a state-of-the art information system built on Microsoft Dynamics 365 and Azure Cognitive Services to automate the process of pumping milk from tanker trucks to silos – monitoring quality, and creating a rich data trail so the milk can be tracked from the farm to the store.

ACM has also implemented a sophisticated temperature monitoring system that uses sensors and Microsoft technologies including Azure and SQL to detect temperature fluctuations in storage tanks and trucks, sending alerts to farmers and drivers. If the system senses an electrical failure on a farm, for example, it can automatically dispatch trucks to collect the milk before it spoils.

The potential economic implications of these technologies extend far beyond the farms currently being served. Australia ranks fourth in the world in global market share for dairy exports, behind New Zealand, the EU, and the United States. Overall, Australia’s (AUD) $4.3 billion dairy industry – the country’s third largest rural industry – employs more than 42,000 people. The opportunities to increase production and improve efficiency could bring more jobs and greater prosperity to rural communities in the dairy farming regions of southeastern and southwestern Australia where the climate is particularly suitable for raising cattle.

Initiatives like this one in Australia and the pilot projects in Andhra Pradesh and Washington State offer an early indication of how we can empower farmers on farms of every size and in every part of the world to increase yield in ways that are better for the environment. Taken together, I believe they offer a reason to be optimistic that we will be able to feed the world.

Read about how AI is also transforming healthcare.