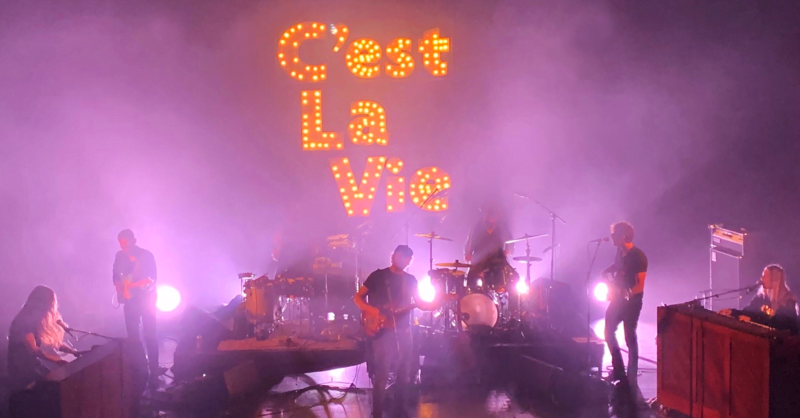 It’s the time of year when we take stock of what we’re thankful for, and above all else, we’re thankful for you. Firefox wouldn’t be the same without our community of friends, our wonderful contributors, and the people who use Firefox every day. In return, we want to say thanks.

We’re hosting the Firefox Concert Series to stream live shows from some of our favorite artists, and you’re invited!

The concert livestream partnership with Live Nation represents an exploration of innovative ways to engage directly with Firefox users. This is new and different territory than you’ve seen from us in the past. We’re excited about it, and more importantly, we’re excited to see what you think. We’ve made sure the content is available to everyone in the U.S., and not just for Firefox users.

The Firefox Concert Series kicks off with Phosphorescent, performing live from the 9:30 Club in Washington, DC on Tuesday, Dec. 11. This extra special event is one of the last shows on Phosphorescent’s C’est La Vie tour. Special guest Liz Cooper and The Stampede open the show at 8:00pm EST.

Here’s to you. Here’s to live music. And here’s to watching it free, right from Firefox. It’s our gift to you.

See you at the show!

Note: We would love to share the performances world-wide, but the Firefox Concert Series is not available for streaming outside of the U.S. We’re looking at opportunities beyond the U.S. in the future.

Data Leeks: Made with love, leaked by hackers

Data breaches are on the rise. According to web security experts, the frequency of data…

The Sneaky Science Behind Tech Obsessions

Son won’t turn off his video game? Daughter obsessed with “likes” on Instagram? It may…

Jon Rogers: Internet of Things, is this the best you’ve got?

A good portion of our lives is lived online, but it’s not just through computers…