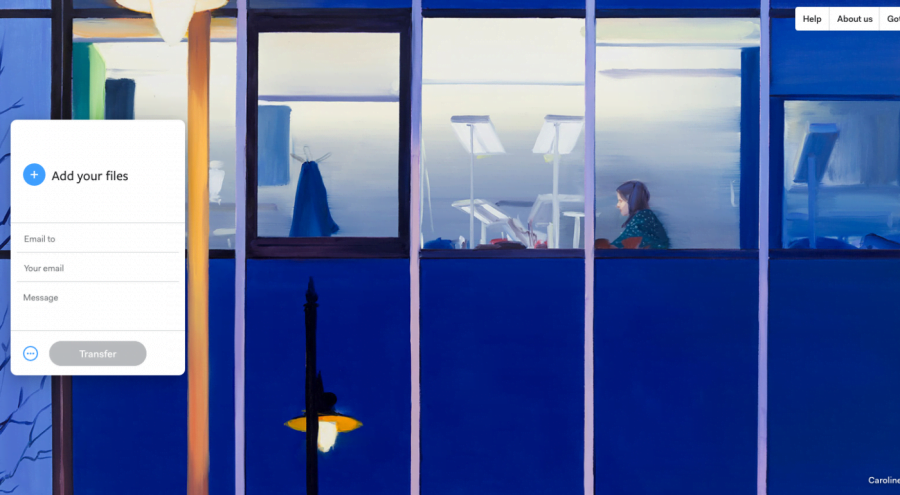 This spring, the fight to restore net neutrality was on the top of our minds at Firefox HQ. Our public opinion poll showed that the majority of Americans overwhelmingly support strong net neutrality protection, which we believe preserves innovation, competition and user choice. A chorus of voices was rising for the cause. Among the coalition of organizations that spoke up for net neutrality, WeTransfer, the independent file transfer and sharing service, took an especially delightful approach to inspire action from its creator community. Earworm alert:

While the net neutrality battle continues, we knew we had found a friend and partner in WeTransfer. At Firefox, we believe the web should be open to everyone, a place for unbridled innovation, education and creative expression, and we strive to make the online community a better place. We applaud people and organizations who share our vision for a healthier internet — like WeTransfer, who believes creative thinking can change the world.

The idea for WeTransfer was borne out of necessity in 2009, when Dutch co-founders Beerens and Nalden met, both frustrated with the web and the complexity of moving simple files from A to B. They both aspired to create something simple, so simple in fact even their parents could use it.

A decade later, more than a billion files sail through WeTransfer each month, sent by people in 195 countries. WeTransfer delivers a straightforward, transparent relationship with its users with a product that’s fast, simple, private and built on the web.

The first thing you notice when visiting WeTransfer’s website is the rich full screen image splashed across the background. The wallpaper image is so interesting and unique that you might be tempted to refresh to see another. And another. Aaaaand maybe one more.

Go ahead and check it out. I’ll wait. 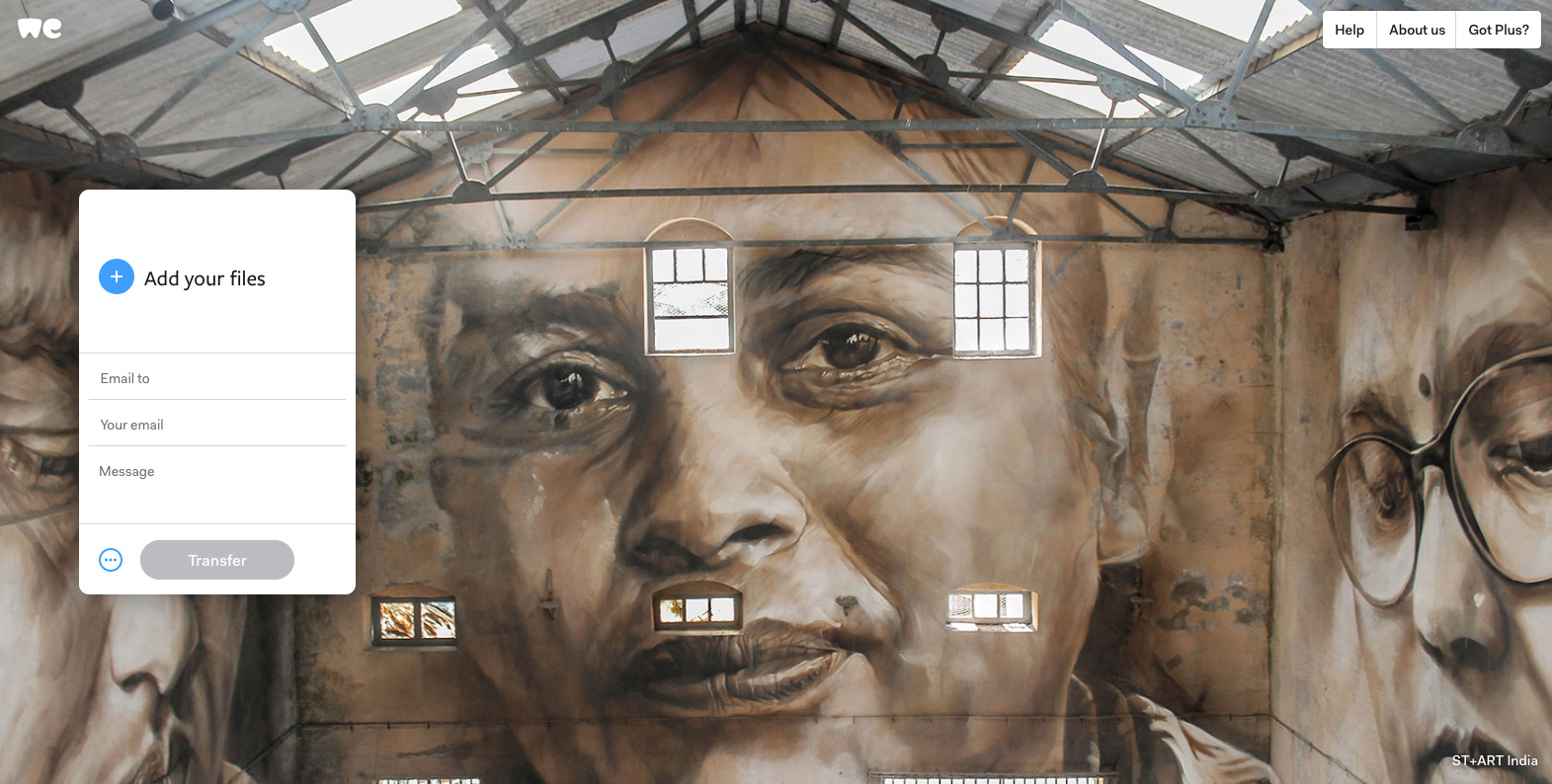 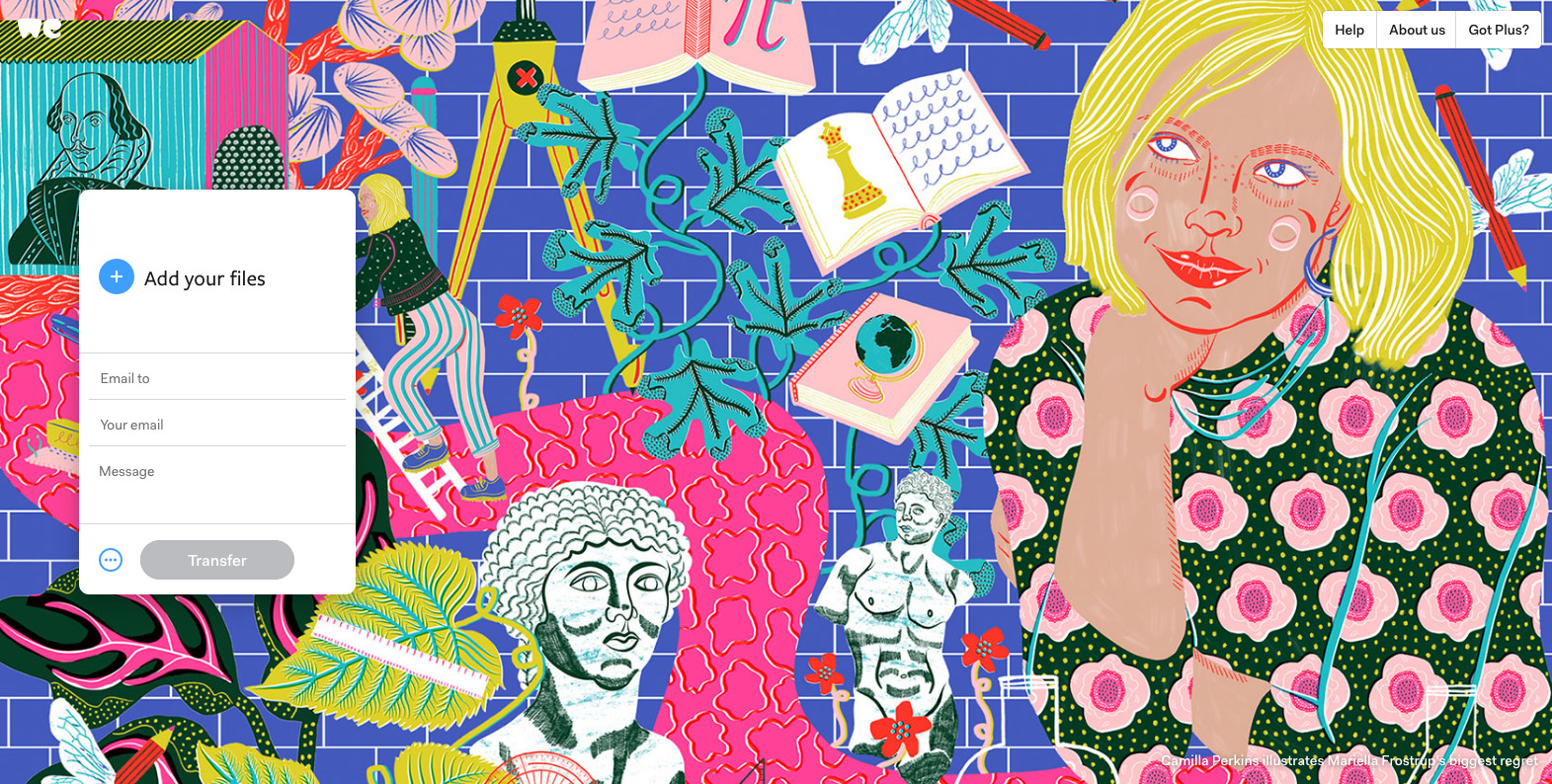 While the company supports itself in part by offering the homepage wallpaper as an advertising space to companies like Apple, Vimeo, Adobe and Squarespace, they also use their significant reach to showcase art and emerging artists. In fact, they give away 30% of all their wallpaper backgrounds to support artists, designers and musicians, which amounts to a boost of free advertising for those featured.

“We’re embedded in the creative community and when we started out, it was about giving a bit of love back to the artists, designers and photographers who use our service,” Rob Alderson, WeTransfer’s VP Content said. “As we’ve grown though, that showcase has grown with us – last year we gave seven billion pages to promote creative work from around the world. Many of the people we feature are WeTransfer users, so it’s a great way of helping more people discover their work.”

Through these efforts, WeTransfer has built a relationship with the creative community around the world so much so that the Mandela Family recently reached out to offer an exclusive of Nelson Mandela’s personally hand-painted artwork.

“This artwork had never been released nor seen by the public,” said Rob Alderson, VP of Content at WeTransfer. “It was shared on WeTransfer on July 18, what would have been his 100th birthday.”

The story gives readers an inside perspective of his work from the voice of his daughter.

“Being asked to share this artwork exclusively with the world speaks volumes to the trust WeTransfer has built over the years with both the artistic and creative communities but also with those trying to change the world for the better,” Alderson said. “We believe our platform can be used to make a difference in the lives of those around us.”

In addition to advocating for net neutrality, WeTransfer has also used its platform to speak out on issues that matter to its community, like climate change and gun violence.

WeTransfer’s site offers up a simple form where anyone can upload and send a file without needing to make an account, create a password or sacrifice your privacy and personal data. Like Firefox, WeTransfer takes a lean data approach to its customers’ personal information, and their privacy policy is direct and clear on how, why and when they gather data as well as what users can do if they want to remove it — which they can without question.

“We adhered to GDPR long before it went live,” said Damian Bradfield, President. “We took a bet back in 2009 on the fact that data was personal and that we should respect our users in the same way that a mom and pop shop would; focusing on service, privacy and quality.”

File transfers made easier in Firefox

With the new WeTransfer extension for Firefox, it’s even easier to transfer large files directly through your browser. It’s as simple as drag, drop and copy a link. The interface is designed to keep you in your creative groove with minimal disruption. So go ahead and share your latest big idea directly from Firefox. And if you miss those pretty wallpapers, you can add them to your Firefox, too, courtesy of the WeTransfer Moments extension, which displays a fresh image every time you open a new Firefox tab. Of course then you’ll miss out on all the latest Pocket recommendations on your new tab, but that’s up to you to decide. Firefox is customizable just the way you like it.

“We admire the independent spirit and people-over-profits ethos behind Firefox,” Bradfield said. “In fact, early on, we looked to the Mozilla Manifesto for inspiration on how we could approach user choice, privacy and data practices. It was really helpful. Mozilla and Firefox have set the bar high for how to be a responsible tech company in today’s data hungry climate.”