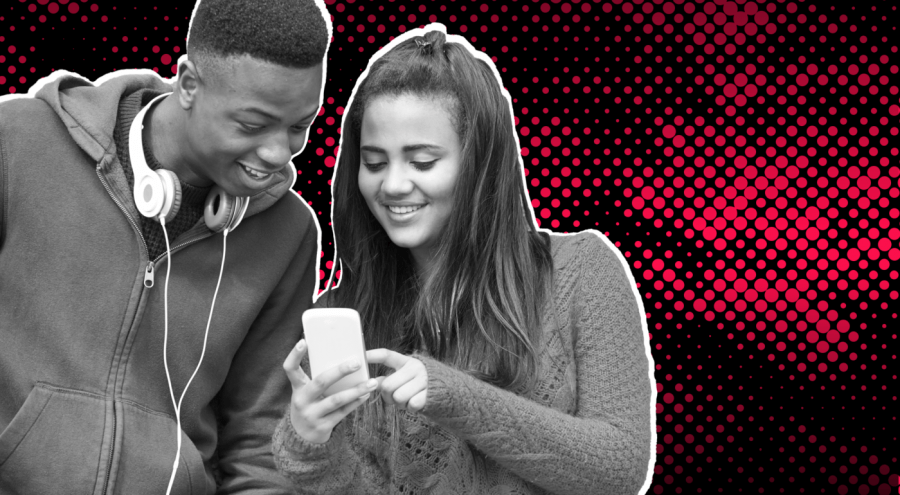 In our latest research, teens dish on everything from cyberbullying to digital distraction and share good news about how social media makes them feel.

What teenagers look like they’re doing and what they’re actually doing can be two totally different things — especially when it comes to social media. A bored-looking ninth-grader could be majorly bonding with her new BFF on Snapchat. A 10th-grade gamer may complain loudly when you cut off his internet but be secretly relieved. An awkward eighth-grader may be YouTube’s hottest star. To find out what’s really going on in teens’ social media lives, Common Sense Media polled more than 1,100 13- to 17-year-olds in its latest research, Social Media, Social Life: Teens Reveal Their Experiences. The new study updates our 2012 study on teens and social media with surprising new findings that address many of parents’ most pressing concerns about issues such as cyberbullying, depression, and even the popularity of Facebook (spoiler alert: It’s not).

Why now? Today, 89 percent of teens have their own smartphones (compared with 41 percent in 2012). They grew up right alongside Instagram and Snapchat. They do research papers on Google Classroom, find emotional support on teen forums, share poetry on Tumblr, and are more likely to text “I love you” before they’d ever say it to your face. But concerns over the negative consequences of social media have grown in tandem with its popularity among teens. Grim reports on teen suicide, addiction, cyberbullying, and eroding social skills have caused many people, from parents to teachers to the tech industry itself, to look at social media as a potential contributor — if not the cause — of these issues. This survey clarifies some of those concerns and draws attention to the reasons some kids are deeply affected by — and connected to — their digital worlds. Here are some of the key findings from the report, what they mean for you and your teen, and what you can do about them.

They can’t stop. They won’t stop. 70 percent of teens use social media more than once a day (compared to 34 percent in 2012). Interestingly, most teens think technology companies manipulate users to spend more time on their devices. Many of them also think that social media distracts them and and their friends.

What you can do. They know it’s getting in the way of important things, but they have a hard time regulating their own use. So, help them! Encourage them to be mindful of how they feel before, during, and after a social media session. If a certain friend or topic bugs them or brings them down, they can block that person or mute the thread. Challenge them to do a task with focused concentration and without getting distracted for longer and longer periods (set a timer!).

What you can do. It’s good news, but it’s still important to check in. Ask open-ended questions about their social media lives: What’s good? What’s not so good? What do you wish you could change? And remember, social media is only one contributor to kids’ overall well-being.

Managing devices is hit or miss. Many turn off, silence, or put away their phones at key times such as when going to sleep, having meals with people, visiting family, or doing homework. But many others do not: A significant number of teens say they “hardly ever” or “never” silence or put away their devices.

What you can do. If your teen is the kind who can manage their own use, keep encouraging them. If not, set specific screen rules for around the house. Establish screen-free times (such as during homework) and areas (such as the bedroom). Have device-free-dinner nights — and make sure to follow the rules yourself.

Snapchat and Instagram are where it’s at. In 2012 Facebook utterly dominated social networking use among teens. Today, only 15 percent say it’s their main site (when one 16-year-old girl was asked in a focus group who she communicates with on Facebook, she replied, “My grandparents”).

What you can do. Familiarize yourself with your teen’s favorite social media by reading reviews or downloading it yourself and playing around with it. Friend your teen if they’ll allow it, but don’t force it; instead, make time for regular check-ins when you can ask what’s new on Snapchat and Insta and share your feeds with them.

Less talking, more texting. In 2012, about half of all teens still said their favorite way to communicate with friends was in person; today less than a third say so. But more than half of all teens say that social media takes them away from personal relationships and distracts them from paying attention to the people they’re with.

What you can do. This is where your guidance and role-modeling of healthy online habits is really important. Put down your own phone (better yet, set it to Do Not Disturb) when you’re with your kids. Encourage them to be more self-aware about their device use, especially when they come away from interactions feeling like they were distracted. And if you think they need a break, prompt them to go phone-free for a while.

When It Comes to Vulnerable Teens

Vulnerable teens need extra support. Social media is significantly more important in the lives of vulnerable teens (those who rate themselves low on a social-emotional well-being scale). This group is more likely to say they’ve had a variety of negative responses to social media (such as feeling bad about themselves when nobody comments on or likes their posts). But they’re also more likely to say that social media has a positive rather than a negative effect on them.

What you can do. You may not know whether your teen is vulnerable. In fact, they may not know it. Because vulnerable teens can struggle more in all areas, use your intuition to dig deeper if you sense something is going on. Help them to get the best out of social media and minimize anything that provokes a negative reaction. If they’re creative, support their efforts to share their work online, as vulnerable teens say that expressing themselves on social media is extremely important.

Exposure to hate speech in on the rise, while cyberbullying is less common. Only 13 percent of teens report ever being cyberbullied. But nearly two-thirds say they often or sometimes come across racist, sexist, homophobic, or religious-based hate content in social media.

What you can do. Talk to your kid about being a force for good on the internet. Explain that it reflects poorly on them if they like, share, or otherwise support messages of hate — even as a joke. If your kid knows the person spewing hate speech, then encourage them to block, report, or simply unfriend that person. Practice how to disagree with people respectfully and constructively. Encourage them to stand up for people who’ve been denigrated — without getting into an ugly flame war.

Express yourself!  More than one in four teens says social media is “extremely” or “very” important to them for expressing themselves creatively.

What you can do. Be supportive. While there are some risks to putting your work online, it’s possible to do it safely, and it can actually help teens get their stuff noticed by schools, employers, and mentors. Help them use privacy settings on whatever platform they choose to share their work so they don’t expose themselves to potential predators. Offer advice on how to accept feedback and comments maturely. And find out how to protect their intellectual property. Who knows? Their online efforts in the teen years may pay off later!

For complete study findings, head on over to Common Sense Media’s report here.

For exclusive commentary from Common Sense Media’s Executive Editor Sierra Fillucci on Social Media, Social Lives study findings, have a listen to to Mozilla’s Kids These Days IRL podcast episode. Today’s teens are the first humans who have spent their entire lives online. It’s time we understand what they’re facing on the interwebs, and how we can keep up.