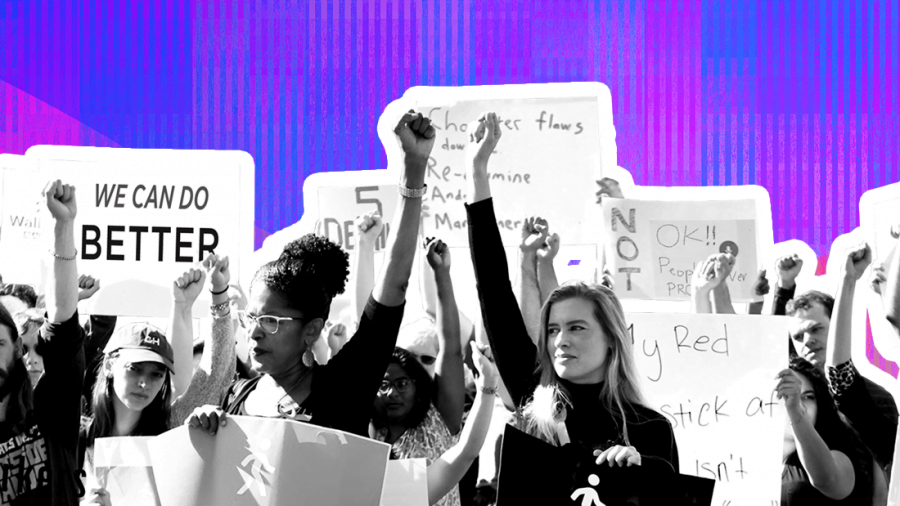 Technology should empower you. It should put you in control. You should not feel used by the company that provides it to you. And if you’re a builder of technologies, we believe you should always carry the responsibility to empower your users.  Ultimately you should be able to say that you are proud of what you built.

But when we regularly see headlines about how our phone company might have sold our location to a stalker, or how Slack is retaining all of our private messages, or how Amazon, Vigilant Solutions, and Palantir are each individually working to provide data to ICE, it’s hard to feel like we’re in control of the technologies we use or build, much less that we have any power to change what is happening in front of us. It’s even harder to think that we have a voice when we hear of companies selling surveillance technologies to governments for use in human rights abuses abroad, whether it’s Cisco selling tools custom-built to help China target minorities, or FinFisher selling spyware to the government of Ethiopia, or NSO group selling technology to Saudi Arabia that was used to target a U.S.-based journalist.

That’s why I was so happy to participate in Firefox’s IRL podcast about the Tech Worker Resistance. The podcast featured tech workers who have taken a stand, and who have started creating real change in major companies. Those actions can point the way for the rest of us, especially those with tech skills. As the podcast notes, there are measures we can all take—as employees, contractors and customers—to help push companies toward becoming far better stewards for the powerful technologies they offer to the world.

The Influence of Tech Workers: Resistance is Not Futile

First for tech workers: We all know that major technology companies, especially Google, Amazon, Microsoft, Apple, and Facebook, don’t compete directly enough in their services. Their dominant technology silos, ubiquitous networks, and gargantuan hoards of data are creating high barriers to true competition. These giants have become overconfident that they can change the rules on users—removing more and more power from them—without losing their profits or their market share. But there is an area where they do sharply compete: for tech talent. Top talent can make or break a company, and firms work hard to beat out each other in recruiting staff. Once hired, they invest significant time and expense toward keeping the best workers from jumping ship. So if you are working somewhere and you worry about the impact of the tools or services you are building, now is the time to get together with your coworkers to start lobbying for change. Demand that the company that makes its money off of your labors ensures that those labors don’t enable repression at home or around the world.

For many workers, worries rightly center around misuse of surveillance technology by government purchasers or larger users of those technologies – whether by ICE, local law enforcement, or the Chinese or Syrian governments. In those situations, one thing employees and customers can do is insist that tech companies selling to potential abusers adopt a robust Know Your Customer program, to make sure that they aren’t selling tools that are being used to repress people or populations.  This is such a reasonable idea that even U.S. State Department has just issued draft voluntary guidance along these lines for export of surveillance equipment.

Requirements in Know Your Customer programs are based upon those that companies already have to follow in export control and anti-bribery contexts — fundamentally adding the impact on human rights to the things they have to take into account when they sell a product or service. Under the framework, companies providing technologies or technical services either directly or indirectly to governments—especially the kinds of technologies that require ongoing support and upgrades—should investigate who is buying and using their technologies. If there are credible concerns that the products and services will be (or have been) used to facilitate human rights abuses, companies should work to engineer their systems to be resistant to abuse. If they cannot, they should refrain from participating in the business transaction.  Of course, this framework is not a panacea—it requires a real commitment and ongoing vigilance to move companies from doing nothing, to issuing good-sounding public statements, to creating actual ongoing accountability. But a Know Your Customer strategy provides a way to move from the moment of protest to sustained better corporate behavior.

The Influence of Tech Users: Strength in Numbers

But what if you aren’t an employee? Customers still have a great deal of leverage of their own. Boycotts, or simply deciding that you won’t use technology that doesn’t reflect your values, can be a strong strategy in some situations — but often it is not enough to spark fundamental change.  What else can you do to solve the problem for yourself and others? You can turn yourself from a consumer into being a participating co-creator in the tech future you want. You can do this by choosing, supporting, and even help building free and open source alternatives.

Another way to advocate for more ethical technology is for for internet users to band together to change laws or public policies. At EFF, we have an activism team that works to create campaigns that can help you tell lawmakers across the country what you think. Right now, you can urge Massachusetts to hit the pause button on face surveillance, tell Congress to end NSA spying on your telephone call detail records, or instruct the Senate to restore true net neutrality. Politicians are particularly interested in technology companies right now, and you can help them focus their energy on approaches that will both help prevent and create accountability for misuse of technologies to facilitate repression both at home and abroad.

It’s easy to feel frustrated and resigned about the state of the technology industry of today, whether you work in technology or not. But it would be a terrible mistake to give up and let a few powerful companies run roughshod over our values. If we are willing to put in the hard work today, we can have the future we want, full of exciting new technology and software and services that enhance our lives and empower us—and also make the world a better place.

Cindy Cohn is the Executive Director of the Electronic Frontier Foundation. Learn more about EFF’s work.